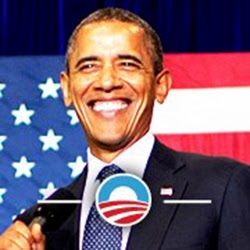 Barack Hussein Obama was born on August 4, 1961, in Honolulu, Hawaii. His mother, Ann Dunham, grew up in Wichita, Kansas, where her father worked on oil rigs during the Great Depression. After the Japanese attack on Pearl Harbor, Dunham’s father, Stanley, enlisted in the service and marched across Europe in Patton’s army.