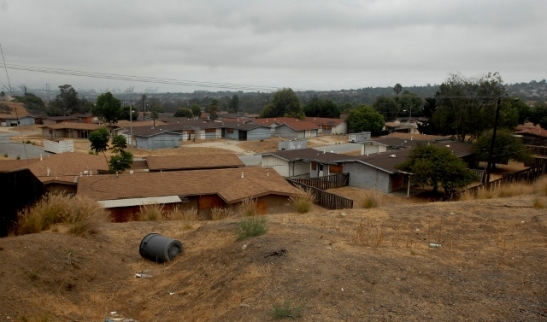 The huge Pointe Vista project planned for 61.5 acres down in San Pedro is being downsized yet again.  Ever since 2005  when the project was originally announced small pieces have been taking away from the project, the latest thing to get cut are all the rentals.  The project originally started off as 2,300 units and now 830 units for a more “suburban” feels.  This latest Ponte Vista has 70 percent fewer units than the 2005 version, but there is still, somehow, “a strong sentiment in favor of bringing the numbers down even further — in the mid-500 range.” A rep for the developer points out that “We’ve now fallen below the numbers that the city recommended” for the project back in 2009. They’re also fallen below the density in nearby development The Gardens, which the developers have often used for comparison.  And there will be absolutely no rentals.