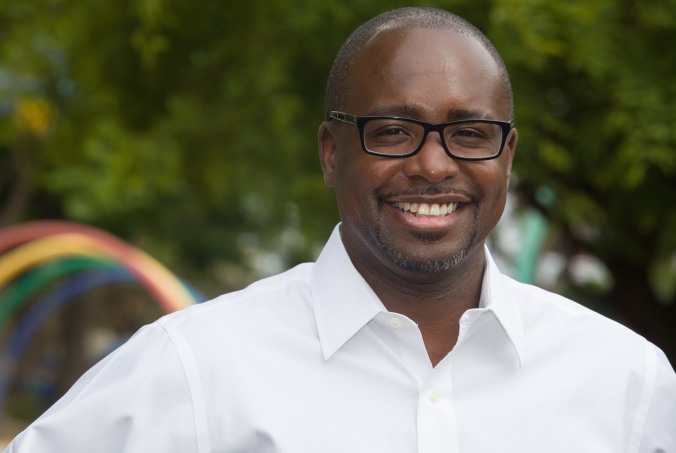 Meet the new councilmen over District 8, Marqueece Harris-Dawson.  As the new councilman for Los Angeles’ 8th Council District, Harris-Dawson aims to transform his area into a destination  for residents and businesses.  Marqueece was born and raised in South Los Angeles, up until the early 1980s when his parents moved him and his younger brother out of the neighborhood as drugs and gangs begin to plague the streets. Marqueece made it his life’s work to make sure no other family feels it has to move out of South Los Angeles to keep their children safe. Never forgetting his calling, he returned to South Los Angeles just after Morehouse College to work in the family Real Estate business. Here he acquired a working knowledge of neighborhoods, and the challenges presented by widespread joblessness, poverty, poor public services, and a decaying housing stock.  By focusing on key priorities, Harris-Dawson believes his vision will become an actuality in the sprawling district that houses more than 200,000 residents and extends as far north as 22nd St. and Western Ave., as far south as 117th Street and Vermont Avenue, as far east as Pace Avenue and E. 103rd St. and west to S. La Brea Ave 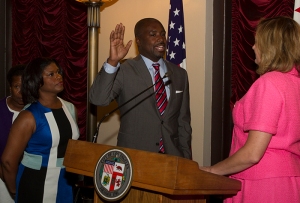 . and Stocker St.  The enormity of the area and diversity of its challenges might shake a lesser man, But Harris-Dawson is confident he can accomplish his goals in partnership with his City Council colleagues, city departments and community leaders.